SecretS from the realm of chaoS. SecretS . chaPter XIII: SlaVeS to darkneSS .. . .. darkness issues forth from the north and ravages the lands wherever it. The PDF didn't include the full colour photos in the centre of the book either. Have a search for "Realms of Chaos - Slaves to Darkness" on. lyatrusavquoper.cf, , KB. file file, Realm of Chaos - Slaves to lyatrusavquoper.cf, , KB. file.

Have a search for "Realms of Chaos - Slaves to Darkness" on http: I am in total agreement.

Flames of Spite: If the wound roll for an attack made by the general is 6 or more, it inflicts 1 mortal wound in addition to any other damage that is inflicted. Master of Deception: The opposing player must subtract 1 from hit rolls made for attacks that target the general in the combat phase.

Hatred Incarnate: You can re-roll wound rolls of 1 for attacks made by the general.

Lord of Terror: Subtract 1 from the Bravery of enemy units that are within 6" of the general in the battleshock phase. That unit suffers D3 mortal wounds. Idolatrous Plackart: Roll a D6 each time this model suffers a mortal wound. On a 5 or more that wound is negated and has no effect.

Helm of the Oppressor: Enemy units within 6" of this model in the battleshock phase must subtract 2 from their Bravery. Mark of the All-favoured: Seen an update with 2nd Edition. Now grants this model with all 4 Marks of Chaos.

This means your hero will gain the benefits of every keyword on their warscroll. Named Heroes[ edit ] Slambo : Back from the great beyond, Slambo returns. He's essentially an Exalted Hero who can throw his axes for only one attack with d3 damage. Strictly superior to a regular Exalted Hero solely because of the fact that he's fuckin' Slambo.

Sayl the Faithless : A nice wizard. This is just as horrendous and hilarious as it sounds, especially if used on a big mob of Chosen or a Mammoth to help them cross the distance to the enemy quicker. Can also deal D3 mortal wounds to a unit within 8", which can be handy for picking off wounded heroes or forcing battleshock.

Nightmaw : Sayl's pet is a cute little hellspawn devoted to his master.

He is capable of tying up and slowly making his way through a basic infantry unit, but he should only really be considered to tank wounds for Sayl. 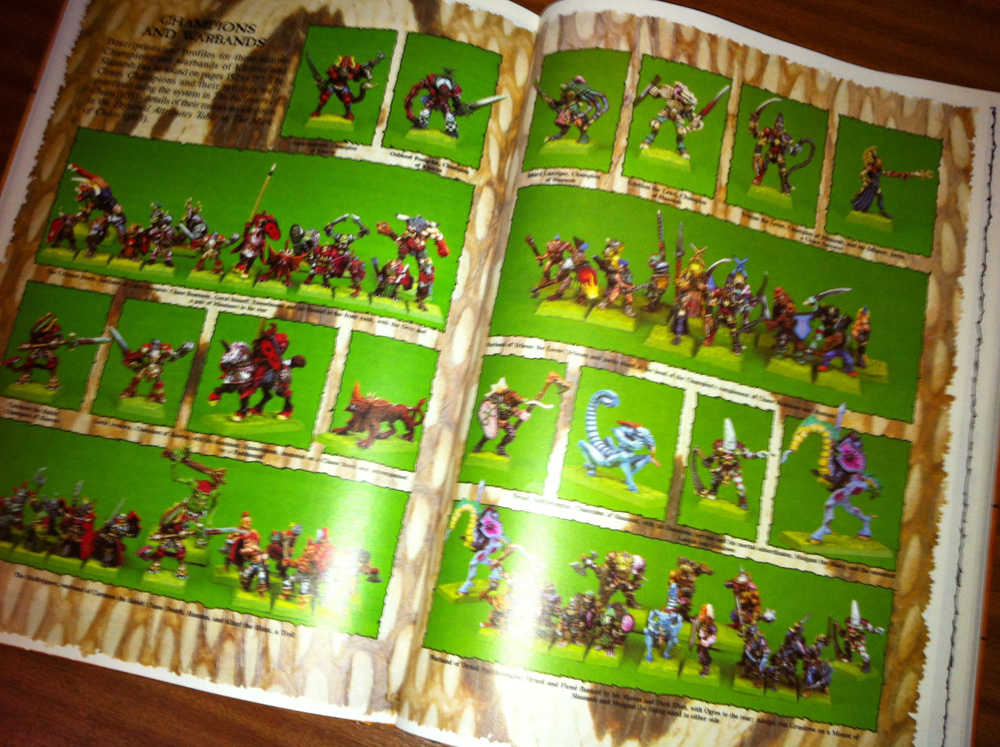 All God-specific abilities are good, but the Slaanesh one is pure trolling: When your opponent chooses to pile in within 3" of the Daemon Prince, you can pile in and fight with the Daemon Prince before they are allowed to act. For some ridiculous reason, only Tzeentch Daemon Princes are Wizards and even they aren't all that good at it, getting no unique spell or boost to cast.

He is a Cheap Melee hero that can't take any chaos marks. Darkoath Warqueen : Another Markless cheap hero. Finally, if She is your General her command ability provides a re-roll for failed charges for Slaves To Darkness units wholly within 12" at the start of the charge phase.

If you have the Slave's Allegiance, the command ability is only useful if a given unit is further then 6" or if you're Slaanesh, which grants a diferente ability. If he kills the opponent general, he becomes a Daemon Prince on a whim, but if he dies he becomes Exalted Hero of Chaos : A guy with two axes with the nifty ability to attack twice in the turn he charged he pileups again between the two attack waves , and when he kills a Hero or a Monster he will deal double wounds in the next turn.

Realms of Chaos - Slaves to Darkness

Chaos Lord on Daemonic Mount : Pretty good actually. Ability-wise he's almost the same as the walking one, too, though for some reason while a Mark of Tzeentch only allows the on-foot Lord to reroll save rolls of 1, this one can reroll all save rolls if he's Tzeentchian, and the Mark of Nurgle gives him an extra wound instead of allowing him to reroll every 1 to wound. Combined with Eye of the Gods, this makes him all but unkillable so long as you feed a steady stream of Heroes to him.

Yes, please. Ironically enough, the Manticore itself is actually less damaging than the Lord on it, but it does provide some nice special rules, such as rerolls of 1 To Hit against Monsters for its Claws and Jaws attacks and always rerolling when attacking units in your side of the field.

His Command Ability allows a unit of Chaos Warriors within 15" to reroll charge, wound, and Battleshock rolls. Chaos Sorcerer Lord : Yes. You owe it to yourself to at least check this guy out.

While he is utter crap in combat, he is amazing at support. With My Soul Music Video. M Asif. 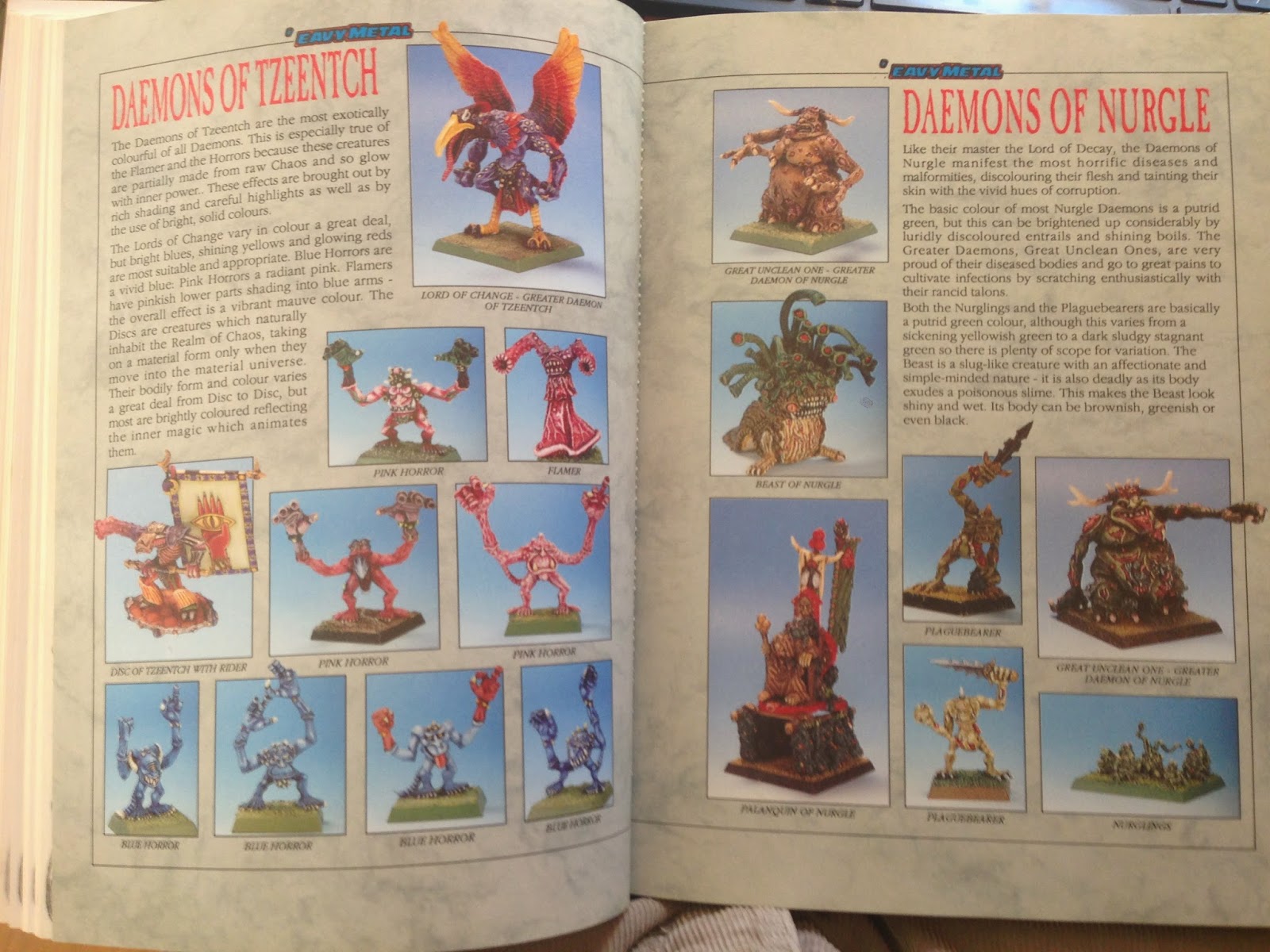 Action Predictor. Child slaves from Pakistan in UAE for camel racing and abuseA two-round continuous-play Living Forgotten Realms adventure set in Waterdeep for characters of the Paragon tier levels Apart from a few minor details, I finished the rest of the picture before at last turning to Nurgle himself.

Its fists can do plenty of damage and heal if it kills something, has plenty of stomp attacks. The Lost and the Damned. It is likely not even possible for the greatest excesses to be achieved in the mortal realm. Flames of Spite: If the wound roll for an attack made by the general is 6 or more, it inflicts 1 mortal wound in addition to any other damage that is inflicted. Just had that happen on a terrain piece over the holiday against dad.

SUNDAY from Brownsville
I do fancy fairly . Also read my other articles. One of my extra-curricular activities is off-road racing.
>