Vigilante City The Roleplaying Game: Villain's Guide. Dungeons & Dragons Basic Set (Second Edition) PDF edition scanned from 6th printing includes pp. adventure booklet, 8-pp. illustration booklet, and outside of three-panel cover (3 pp.), inside of cover (1 oversized pp.), for. The Hidden Shrine of Tamoachan by Harold Johnson and Jeff R. Leason. AN ADVENTURE FOR CHARACTER LEVELS This module was originally used . Competition Module fC1. THE HIDDEN SHRINE OF TAMOACHAN. Tournament Background: Your party is lost! You should never have abandoned the ship and. 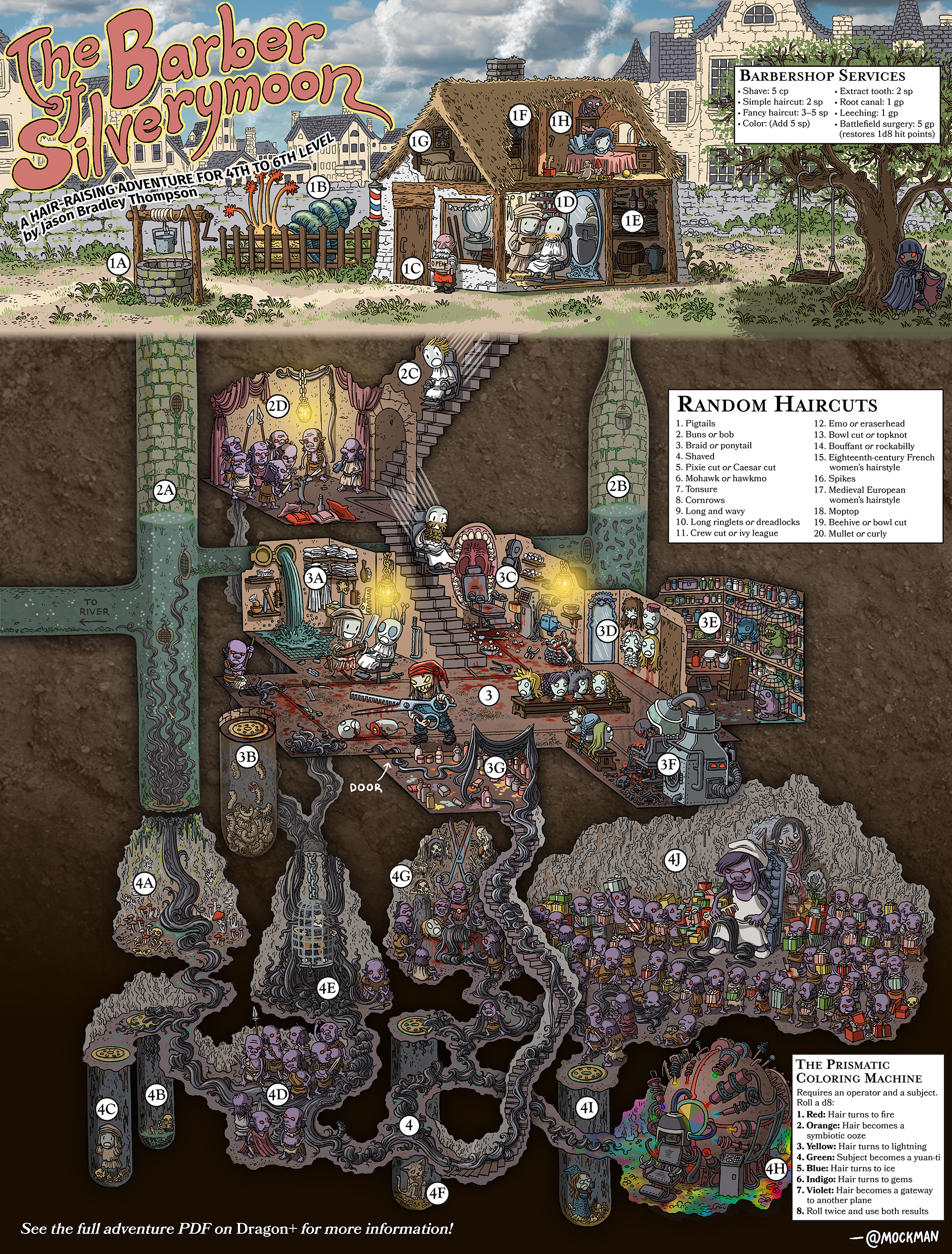 As of the last update, both the and printings are included as two separate files. George F July 04, 4: George F March 18, 4: What are the chances of making these older products available as PoD here? Jonathan O. 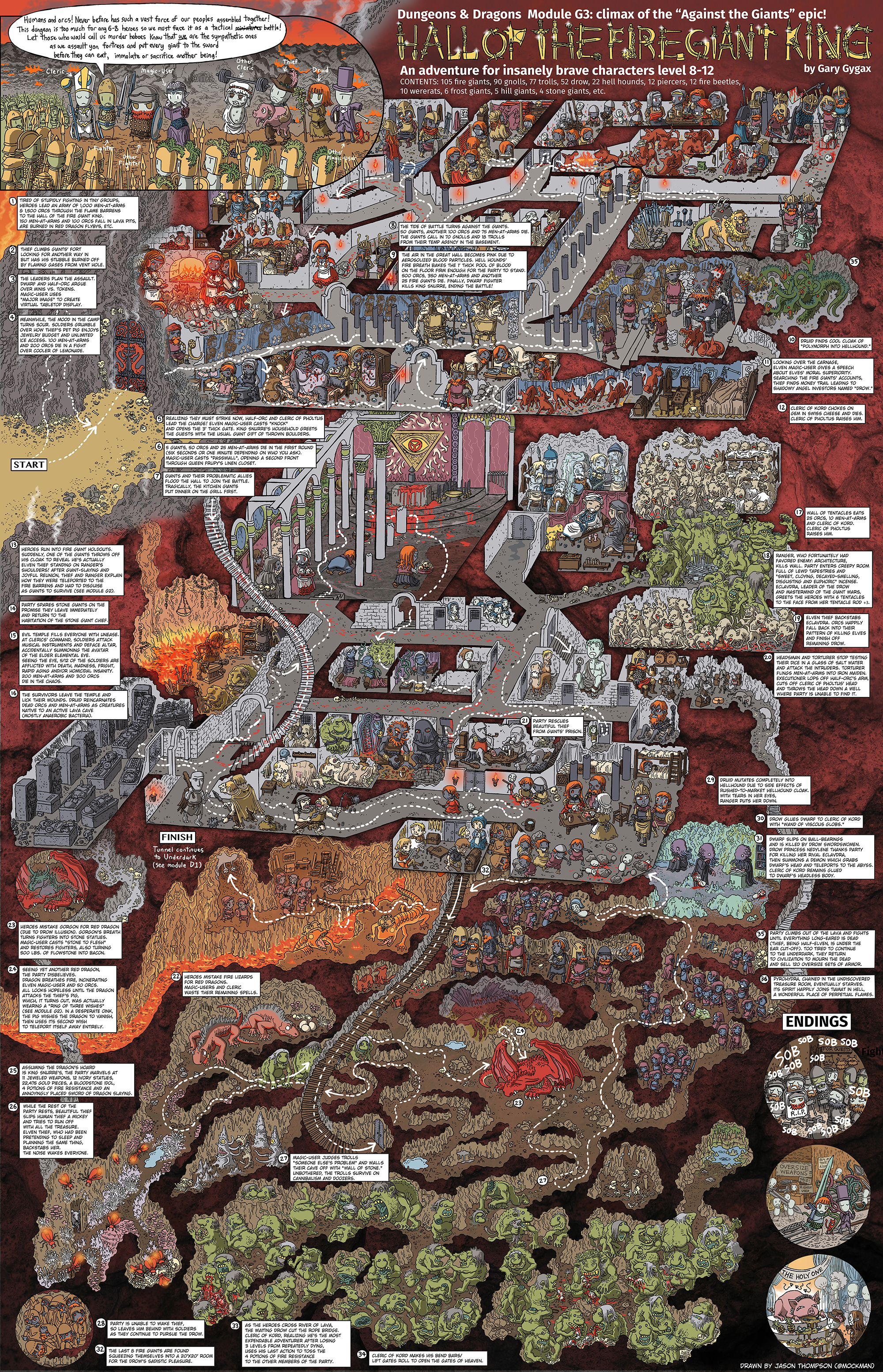 This module makes for a fun evening of adventure with a smaller group as there are only 3 characters in the party. Playing it tournament-style makes for a race against time to get out of the shrine before the characters are overcome by poisonous fumes [ Dominic L.

One of the first ever adventures I played. Scan of the text and pictures is fine although the resolution on the gatefold map is small cos its all one scan.

Steve R. This is a pretty neat module. It has a cool setting with lots of atmosphere. The module is basically a dungeon with a lot of traps and some monster encounters. The scan quality is good but not great [ Shane R. I found your products to be an excellent and viable alternative to bidding on classic modules on site. 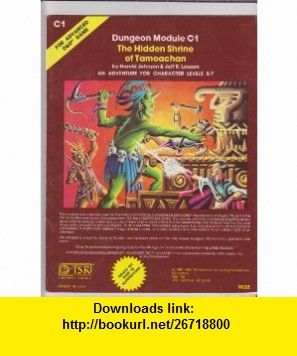 It looks like a new tomb has been uncovered, and the PCs get first dibs on the action. A tip of the hat to Shel though, as the encounter with the mud sorcerer who built the place is memorable for reasons no PC or player will see coming. Given this adventure is for a party of 6th to 10th level characters, think of it as Tomb of Horrors lite: all the fatalities, half the calories.

Cook reminds the DM repeatedly that the players are trying to infiltrate, not exterminate. There are plenty of ways a single careless act can result in catastrophic failure, up to and including capture, abduction, imprisonment, interrogation, torture, and execution. Cook recommends using the seven pre-generated characters at the back of the module for this one, and I agree.

Players can get up and walk away from the table post-Tomb with their sanity still intact. 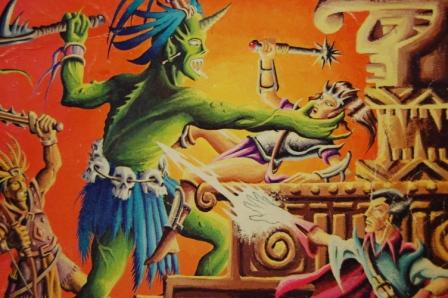 Their wish is, whole-heartedly, my command. WG4 is a beast. Groorg, it turns out, is a giant, and a relatively intelligent one at that. Raiding parties frequently target Gnome Vale, carrying off food, livestock, and the occasional gnome. While the giant and his minions are mostly content to remain in the upper portions of the temple, their excursions into the lower levels are stirring the pot, so to speak.

For the PCs to advance, they will have to perform some dark rituals hello, alignment checks! The most effective means of doing so is to throw both the players and their characters into completely unfamiliar situations with no option of retreat.

The PCs are on the run from a far superior force out to capture them at all costs. I'm looking to run this adventure soon and have a few questions for anyone with some experience, particularly with the 4e version. The group I have is only four players with two that are somewhat less familiar with 4e and two that are more experienced but not min-maxers.

I'd like to run the module so that they could succeed, but because of the group size and average inexperience, I figured I need to modify some things.

First, should I have them start at a higher level like 8 or 9? That seems like it'd help offset the smaller party.

Second, I was contemplating some kind of "save point" system--either some set points in the temple that they could start over from once they're reached or maybe a set number of optional points that the party could declare as their save points. I would then have them record expended resources so they could properly reset. Basically, I don't mind having them succumb a time or two, but I'd like to not have to replay replay rooms excessively.

Third, aside from the instant-death elements, am I right in thinking that the gas is potentially the most grueling part of the dungeon? Would it make more sense to replace the saving regular saving throws with, say, Endurance checks with an easier DC? It seems less fun to imagine them sprinting through a lot of the dungeon out of necessity instead of exploring, ya know? I realize that this is not the ideal adventure for the group I have, but I'm committed at this point and want to make the best of it.

Any thoughts? Yes, it'd make sense to have an Endurance check or have the gas attack FORT, rather than call for a save saves in 4e are about duration, attack rolls determine whether an effect happens, saves how long it lasts.

For a party of 4, cut 1 standard or 4 minions from each encounter. Relative inexperience isn't a huge killer in 4e, just give them time to learn their characters, choose their actions, and let more experienced players offer advice even offer some yourself now and then. As always it helps to run 4e 'above board.

When a PC is in a zone or aura, it's OK to explain the mechanics of it. Be sure to check passive perception when the party encounters traps. That kind of thing. If the dungeon goes too much for that 'old school feel' by advising you to use 'gotchya' tricks, like using the way a player describes an action to determine the results, or letting single rolls derail the whole adventure, substitute appropriate checks or skill challenges, instead.

As an aside, this adventure is included in Dungeon Dec and includes jpegs of the map. If they had waited it would have probably been released on DnD Classics. Cancel Changes.

Errors The following errors occurred with your submission.When they arrive at the fortress, it becomes clear that Fjorins Foothold has seen better days. The last they saw of Fjorin, he was issuing commands to his hammerer and pulverizer constructs. That kind of thing. R6 - The th Incarnation of Bigby's Tomb. The group I have is only four players with two that are somewhat less familiar with 4e and two that are more experienced but not min-maxers.

These dwarves are fond of Sharda and more than happy to divulge what they know, particularly since they bear tremendous guilt for leaving her husband behind.

DEAN from Jackson
See my other articles. I'm keen on sinuca brasileira. I do relish studying docunments officially.
>